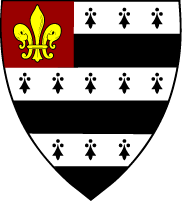 The coats of arms, bookplate and heraldry of people with the surname Comberbach.

Whatever may have been the origin of the Comberbachs, and although they have never risen to any eminence, or been entered in those valuable records the Heralds Visitations, they have long laid claim to rank among our armigerous families, though they have not succeeded in proving their right to arms. Alas for their claims to such distinctions, one Roger Comberbach, of Nantwich, was among those who disclaimed arms at Sir William Dugdale's Visitation of Cheshire, in 1663. And that this circumstance has not been overlooked by modern heralds, I notice as a significant fact that when the representative of the Nantwich branch assumed the name of Swetenham on inheriting the ancient possessions of that family at Somerford Booths, he did not assume their arms, nor were any entered in the books of record at the College of Arms, as pertaining to him, as representative of the family of Comberbach. I am, however, of opinion that their claim to arms is not without foundation; but it is curious that in each instance in which they are used [with] some slight discrepancy in the mode of blazoning occurs.

George William Marshall, "Collections for a Genealogical Account of the Family of Comberbach" p7

Roger Comberbach, of Nantwich, was among those who disclaimed arms at Sir William Dugdale's Visitation of Cheshire, in 1663. 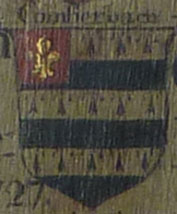 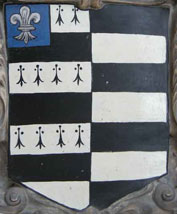 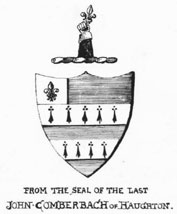 1: A seal could not reveal the colour of the bars on a shield. 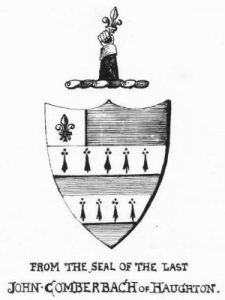 Collections for a Genealogical Account of the Family of Comberbach