CUMBERBIRCH and POTTS Solicitors Partnership Dissolved 1 March 1930
NOTICE is hereby given that the Partnership heretofore subsisting between James Cumberbirch and Samuel Douglas Potts, carrying on practice as Solicitors, at Westminster Bank Chambers, Macclesfield, under the style or firm of CUMBERBIRCH AND POTTS, was dissolved on the twenty-first day of February, one thousand nine hundred and thirty, by reason of the retirement of the said James Cumberbirch. All debts due to and owing by the said late firm will be received and paid by the said Samuel Douglas Potts, who will continue the practice under his own name at the above address.—Dated this 1st day of March, 1930.
VAUDREY, OSBORNE and MELLOR, 30, St. Ann-street, Manchester, Solicitors for the said Samuel Douglas Potts and James (151) Cumberbatch
The London Gazette
Publication date:7 March 1930 Issue:33586 Page:1530
https://www.thegazette.co.uk/London/issue/33586/page/1530

Declaration by James Cumberbirch Solicitor about 50,000 shares of 1s. each in Tarslag (1923) Limited 1931 as security for money advanced by Hodgson Road Contractors Limited

(1) A Declaration that 50,000 shares of 1s. each in the concern known as Tarslag (1923) Limited, registered in the name of the Defendant, James Cumberbirch, the certificate for which shares is now in the possession of the Defendant, Samuel Douglas Potts, and was formerly in the possession of the Defendant, James Cumberbirch, are not and never were held by the Defendants or either of them as security for moneys advanced to the Plaintiffs.
(2) A Declaration that the Defendant, James Cumberbirch, and/or Samuel Douglas Potts is a Trustee of the said shares for the Plaintiffs.
(3) A vesting order in respect of the said shares. Alternatively to 3:
(4) The appointment of some person or persons to transfer the said shares to the Plaintiffs.
(5) Costs. And take notice that by an Order dated the 15th day of October, 1931, it was ordered that the publication by advertisement in this form of the said Writ of Summons and of the said Order once in the London Gazette, once in the Times newspaper and once in the Daily Mail newspaper should be deemed good service of the said Writ of Summons upon you. And take notice that in default of your causing an appearance to be entered for you at the office of the District Registrar, situate at No. 186, Deansgate, Manchester, in the county of Lancaster, or at the Central Office, Royal Courts of Justice, London, within eight days after the last of such advertisements, the Plaintiffs may proceed in the said action and judgment may be given in your absence.

In the County Court of Lancashire, holden at Manchester. — In Bankruptcy.
No. 9 of 1930.
Re John Mottram.
Ex parte Westminster Bank Limited.
To JAMES CUMBERBIRCH, Esq., late of Macclesfield and of Hill Rise, Wilmslow, Cheshire.
Take notice that on the 30th day of January, 1933, the County Court of Lancashire, holden at Manchester, will be moved before His Honour, Judge Leigh, at the Court House, Quay Street, Manchester, at 10.15 o'clock in the forenoon, or so soon thereafter as Counsel can be heard on behalf of Westminster Bank Limited, for a Vesting Order in favour of the said Bank under section 54 of the Bankruptcy Act, 1914, in respect of the property of John Mottram, Bankrupt, disclaimed by the Trustee in the Bankruptcy namely All that plot of land in Beech Lane, Wilmslow, in the county of Chester, with the buildings thereon, containing in the whole 1,243 square yards or thereabouts mortgaged by the Bankrupt to you James Cumberbirch, and equitably charged by you to  Westminster Bank Limited by letter of deposit dated 12th February, 1928, to secure the repayment to the said Bank of all moneys then or at any time thereafter owing by you to the said Bank; and further take notice that the said Court has ordered that the insertion of this notice once in the London Gazette and once in the Manchester Guardian newspaper shall be deemed to be good and sufficient service of the said notice of motion on you, the said James Cumberbirch, on the day of completing such advertisements as aforesaid. The notice of motion can be inspected by you on application at this Court.—
Dated this 9th day of January, 1933.
R. FORRESTER ADDIE, Registrar.
Messrs. SALE and CO., 29, Booth Street, Manchester, Solicitors for Westminster Bank (116) Limited.
The London Gazette
Publication date:13 January 1933 Issue:33902 Page:343
https://www.thegazette.co.uk/London/issue/33902/page/343

James was struck off as a solicitor on 23rd November 1934. Many mentions in London Gazette. Perhaps the matter of the shares in Tarslag Ltd, mentioned above, was a factor.

James Leigh took his pseudonym from his mother's maiden name of Sarah Leigh. His Uncle William Cumberbirch married Sarah Leigh's sister Annie Leigh. They were both daughters of Henry Leigh. 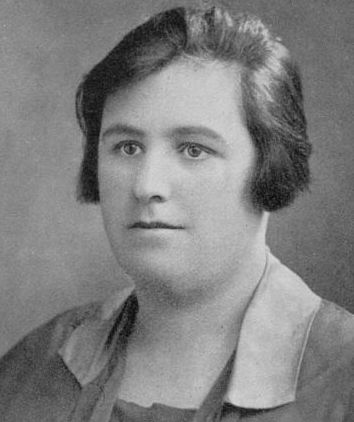 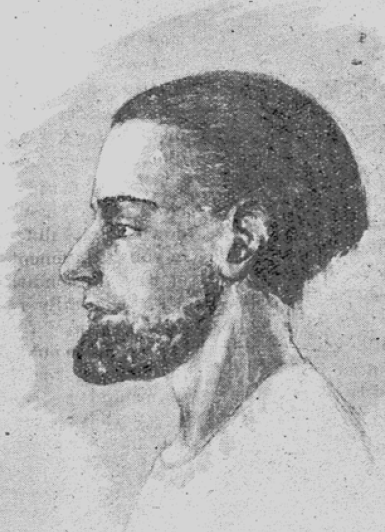 "Albert" by Delores Smith
He interviewed "Albert" one of her spirit contacts. James described this interview as: "So ended a most magnificent experience, and surely one of the most dramatic interviews any journalist has ever had."
A full transcript of the interview with Albert can be found here: http://www.woodlandway.org/PDF/PP6.2February2010.pdf [PSYPIONEER JOURNAL, Volume 6, No 2: February 2010]. The editor's foreword on the article:

Note by Psypioneer editor:—James Leigh was the pen name for James Cumberbirch, who authored numerous books, editor of Prediction, one time assistant editor of The Two Worlds.
Leigh was one of the first to undertake a detailed report into the alleged powers of the materialising medium Victoria Helen Duncan. The investigation took place on the invitation of the Manchester Central Spiritualist Church on Monday, April 18th 1932.
The first sitting took place the following night, and was conducted under the supervision of Ernest W. Oaten. Leigh was approached to attend the séances in the capacity of official reporter and there were a total seven séances concluding on 30th April 1932. He published his positive, detailed reports in the pages of The Two Worlds between—May 6th 1932 and May 27th 1932. Later, Leigh conducted the first ever interview with Mrs. Duncan’s control “Albert,” 44 although generally this would not be considered Psypioneer material the report however, holds significant interest. This is taken from the front page of The Two Worlds Friday, September 30th 1932 45]

Victoria Helen Duncan was imprisoned for nine months in 1944 under the Witchcraft Act of 1735. Winston Churchill commented on the trial which gripped the public interest and became known as the trial of 'Britain's Last Witch':

HOME SECRETARY
Let me have a report on why the Witchcraft Act of 1735 was used in a modern Court of Justice.
What was the cost of the trial to the state, observing that witnesses were brought from Portsmouth and maintained here in this crowded London for a fortnight, and the Recorder [His Lordship Sir Gerald Dodson] kept busy with all this obsolete tomfoolery.

However Victoria was not accused of being a witch but this ancient act accused her of purporting to have the powers of a witch. Ah, the subtleties of law… The legal issues surrounding mediums was rather prophetically outlined in James Leigh's Manual and Who's Who of Spiritualism and Psychic Research in 1936. An article called "THE LAW RELATING TO MEDIUMSHIP" By Ernest W. Oaten Chairman, Parliamentary Committee of the Spiritualists’ National Union:

"It is not right to look with scorn upon the whole theory and practice of Spiritualism. We are told that it is a religion. There is no credit in being tolerant about one’s own religion. Toleration only begins when you are tolerant about someone else’s religion.”
These words were spoken by the Lord Chief justice in summing up a case in the King’s Bench Division, a case which arose out of certain allegations which had been made concerning our Parliamentary Fund. They form a fitting introduction to a review of the legal status of Spiritualism, and constitute some measure of proof that our fight against the Vagrancy Act has not been entirely unfruitful. The Spiritualists of this country labour under material disabilities which are hindering investigation and restricting the religious freedom of the King’s subjects.

Under the Witchcraft Act, 1735, and the Vagrancy Act of 1824, mediums are liable to prosecution, and are frequently prosecuted and convicted.

Victoria’s conviction contributed greatly to the repeal of the Witchcraft Act of 1735 in 1951, which was replaced by the Fraudulent Medium’s Act.

James mentions in his 1936 Manual and Who's Who of Spiritualism and Psychic Research a "colleague and fiancée" Miss M Kemp. No signs of a marriage.
His first book "Nomads in Flanders: Romance of a MT [Motor Transport] Column" lead me to believe that this James Leigh, aka James Cumberbirch was the James Cumberbirch in the Royal Army Service Corps.

ROLL of INDIVIDUALS entitled to the Victory Medal and British War Medal granted under Army Orders 301 & 266 of 1919.