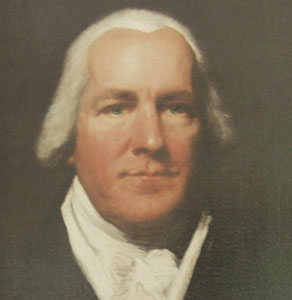 Cumberbatch: Origin of the Species

It is rare to know exactly who, what, where, when, why and how a surname came to be. However, the surname Cumberbatch has two very distinct origins. Firstly, and historically, it is a variant spelling of an English village in Cheshire called Comberbach. Secondly, it originated in Barbados, on Christmas Day 1750 and King George II gave his Royal Assent, on 8 March 1753 to an Act of Parliament to grant the surname Cumberbatch to Abraham Carleton.
By Bob Cumberbatch www.cumberbatch.org

Abraham Cumberbatch: Origin of the Species

Abraham Cumberbatch of St Andrew, Barbados was approaching his 65th birthday when he wrote his will. Abraham had three daughters and no male heir but he wanted both his estate and his surname to live on after his death. So he bequeathed his estate and his surname to his grandson, Abraham Carleton, by his eldest daughter.
Abraham Cumberbatch died on Christmas Day 1750.

On 26th January 1753 a petition was read to Parliament requesting that Abraham Carleton be allowed to take and use the surname Cumberbatch in accordance with his Grandfather’s will. The Bill was ordered to be made.
The Bill was read to Parliament on 1st February 1753. Committed on 5th February. Reported and to be ingrossed on 14th February.
It was passed by Parliament on 21st Feb and agreed by the House of Lords on 28 February. Finally King George II gave his Royal Assent on 8th Mar 1753.

The Act of Parliament

An Act for enabling Abraham Carleton Esquire now called Abraham Cumberbatch and his Issue Male to take and use the Sirname (sic) of Cumberbatch.

Whereas Abraham Cumberbatch late of the Parish of Saint Andrew in the Island of Barbadoes in America Esquire deceased did, by his last will and Testament bearing date the twenty second day of November one thousand seven hundred and fifty, give and devise all his estate real and personal to Trustees, therein mentioned, in Trust; in the first place for the payment of his debts and of certain Legacies in the said Will mentioned and the rest and residue thereof for the use of his Grandson Abraham Carleton to be received by him under the said Trustees during the term of his natural Life only and after his decease to the use of the first and other Sons successively in Tail male with remainders over Upon Condition that the said Abraham Carleton should take upon him the Surname of Cumberbatch declaring by his said will that it was his intention that his Estate should continue through all the Limitations thereof in the name of Cumberbatch.

And Whereas the said Abraham Carleton, upon the death of the said Abraham Cumberbatch, became intitled (sic) to and is now seised and in possession of the Estates, devised to him by the said Will, and hath in compliance with and in performance of the Conditions contained in the said Will taken upon himself and used the Surname of Cumberbatch; and is desirous that the same may be established on him and his Issue Male by Act of Parliament. May it therefore please your Majesty that it may be Enacted and Be Enacted by the King’s most Excellent Majesty by and with the Advice and Consent of the Lords’ Spiritual and Temporal and Commons in this present Parliament assembled; and by the Authority of the Same, That he, the said Abraham Carleton (now called Abraham Cumberbatch) and his sons and the heirs male of their Bodies, may respectively take upon him and themselves and use and write and call and describe himself and themselves by the Surname of Cumberbatch provided always And It is hereby further

Enacted and declared that the Surname of Cumberbatch, settled upon the said Abraham Carleton (now Abraham Cumberbatch), as aforesaid shall not in any wise interrupt, obstruct, prejudice, prevent, hinder, destroy or make void the descent of any Lands, Tenements or hereditaments or the operation of any deed, fine, Recovery or other Assurance or Act in Law of, or relative to, any Lands, Tenements or hereditaments, or any Estate or Interest out of, or in, or to any Lands, Tenements or hereditaments which he the said Abraham Carleton (now called Abraham Cumberbatch), and his first or other Son or Sons or the heirs of their respective Bodies issuing or any of them is, are or may be intitled (sic) to by the name of Carleton or interrupt, obstruct, prejudice, prevent, hinder, destroy or make void any right or title either in Law or Equity to him them or any of them already accrued or that shall or may at any time or times hereafter accrue of or in any real or personal Estate by virtue of, or under any purchase, Limitation, devise or Bequest or by, or under any Will or Wills, Codicil or Codicils already made or hereafter to be made or any deed, or deeds, already made or hereafter to be made by the Surname of Carleton, or in any wise howsoever. But that he, she and they and every of them, shall and may at all times hereafter have, hold, use, take, accept and enjoy all such benefit and advantage by any descent, purchase, devise, gift, or Bequest, Conveyance, Assurance, Operation or Acts of Law, or otherwise, as he, or they, or any, or either of them might, could or ought to have done if this Act had not been made any thing herein contained to the contrary in any wise notwithstanding.